Prediction 1: Much more Diversity
Now that I have discussed various possi­bili­ties of future civilizations, I have to answer the initial question: What is our most likely future? I will not shy away from this question - well aware that my answer may be pathetically wrong.

Whatever will happen in the future I don't think we will ever have a homogeneous, unified human civilization - something like a world-society ruled by a United Nations kind of Government. We will not become a racially totally mixed, biologically uniform human species. We will not all live under the same social and cultural norms. We will not have the same type of political or economic system. We will not see the "End of History" (Fukuyama, 1992).
Quite the contrary. I think diversity will grow in every respect. Over the next 1000 years we will see brutal warrior nations - but also peaceful societies of scientists, artists and philosophers. We will see ruth­less predator capitalism - but also social economies with extensive cradle-to-grave care systems. We will see more multi-racial multi-ethnic population groups - but also populations that isolate themselves spatially, socially, culturally, ethnically and racially.
Most of all, we will see an exploding multitude of lifestyles. There will be people living almost exclusively in fantasy worlds - some of them in fairy-tale-like environments. Others will terrorize anyone they can reach to spread their violent religion or business. There will be "Drug Lords" and organized crime bosses - much more violent than anything we have ever seen. But there will also be peaceful "flower people" living on eco-farms and in rural communes - searching for harmony and fulfillment. There is no reason, why we will not have hard-nosed capitalists who will strive to amass fortunes. And you can bet that there will be scores of politicians and officials - starving for power and prestige. Everything we have seen so far in human development will also shape our future - only turned to its extreme.
New and improving technology will give us the tools to do things more extremely than in the past: Sex, for instance, will be more varied and extreme than we can imagine today; entertainments will be more intense and powerful than ever before; conflicts and war could become more heinous and devastating.


If there is one overall trend in human history it is the process of differentiation. I believe, over the next 1000 years, the human civilization will continue to become even more diverse - biologically, socially, economically, politically and in any other imaginable respect. 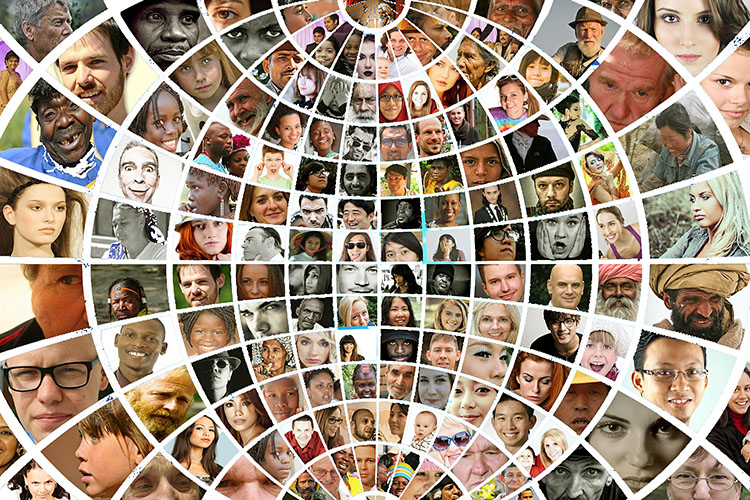 Pixabay CC0 Public Domain
We will see highly specialized scientists and engineers who need many years or even decades of education and training to master their advanced work. But we will also see social groups with just the bare minimum of education and training who will spend their lifes consuming, playing or following various hobbies and addictions. Even more than today, these people will no longer be able to participate in science or engineering or even understand basic scientific principles.
Essentially, groups of people will live in their own sub-cultures separated by each other due to intelligence, education, ambition and maybe even biology. As we can already see at the beginning of the 21st century, some sub-groups will live healthier and longer than others; some will work hard, while others will be lazy or incapable; some will have strict moral values, while others will be totally permissive.
Scientific and technological development will drive and enhance this diffentiation, because robots and advanced AI algorithms will do most of the (hard) work - allowing (or forcing) many social groups to live idle lifes for which they have to invent some kind of meaningful activity. Only small elites will lead the technological development or pursue meaningful work.

At the beginning of the 21st century we can observe that social norms, values, institutions and even legal systems are promoting greater diversity. In many Western countries monogamous marriage between one man and one woman was replaced by "marriage for all" - which may include all kinds of emotional sexual and/or economic relations between two or more individuals. The definition of family has also diversified - now including various biological and non-biological relations between adults and children. Over the next 1000 years we might see social, sexual and emotional relationships between humans and robots - further diversifying ways of life.