Prediction 3: More Sex, Drugs & Fun
Let's face it: Humans are totally crazy for sex, for getting wasted, and for enjoying all kinds of entertainment. Massive industries and crime organizations already exploit these most basic human needs and desires.
By 2015, just porn might have been a $97 billion industry worldwide. Even if some estimates were considerably lower at 13 billion (Helmore, 2009) the profits made were astounding.
Additional billions were made with prostitution and trafficking of sex workers. No doubt, we spend a fair amount of our time and money on sex and sex-related activities - and always have done so.
Sex robots made by a company called Real Doll.

Source: YouTube/Engadget.
The same is true for drugs - from beer and wine to Heroin and Marihuana. We snort cocaine, shoot crack or swallow hallucinogenic mushrooms. Synthetic drugs and prescription pills are also used widely to get us "high". Whatever it is - there are gigantic industries and vast crime cartells that supply our various addictions. For instance, the 26 largest alcoholic beverage companies worldwide had revenues / turnover of 155 billion $US and made a 26 billion profit in 2005 (Impact Databank, 2007). No one really knows, how much money is made in the global drug market: Estimates range from 20 billion (Reuter / Greenfield, 2001) to some 500 billion $US (UN Global Drug Report, 2017). But it certainly is a significant component of the world economy.

Some of us get a kick out of gambling - a desire that fuels gambling resorts such as Macao, Las Vegas, Atlantic City, Monte Carlo or Monaco. There are also online gambling sites which increasingly service ordinary people in their desire to make big bucks quickly. 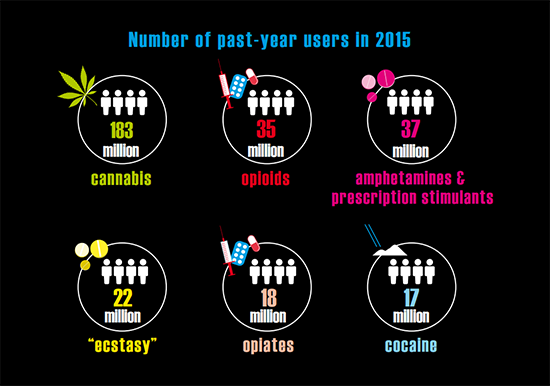 And there is entertainment - lots of it. From movies, books and (rock) concerts to computer games, sports events and TV shows. We also visit Fantasy worlds (such as Disney Land) and travel to "exotic" destinations for holiday.
And many of us are crazy for sports - spending vast amounts of money and time on football, hockey, tennis, golf or whatever may be the game of preference. We do hiking, surfing, para-gliding or drive in circles with fast race cars or motor bikes. Bottom line: We like to enjoy ourselves and we spend considerable effort, time and money on these distractions.

We are not only "Homo Sapiens" and "Homo Faber" - we are "Homo Ludens". We like to play and enjoy - and I assume, we will do the same 1000 years from now - only with much greater diversity and intensity. We might enjoy ourselves with sex robots or VR Games or whatever new technology will allow. But we will enjoy ourselves - sometimes to the degree of intense addiction.

A large segment of future technology will be entertainment-related. By the beginning of the 21st century we could already observe that some of the most successful companies were predominantly, or at least partially, based on entertainment technology. This included not only companies which produced computer games and animated movies, but also smartphone makers or businesses that developed Virtual Reality systems. The video game industry (or the "interactive entertainment industry" as it was also called) was a 25 billion dollar industry in the United States alone. Worldwide, the video game industry generated 91 billion US dollars in 2016 (VentureBeat, 2017). 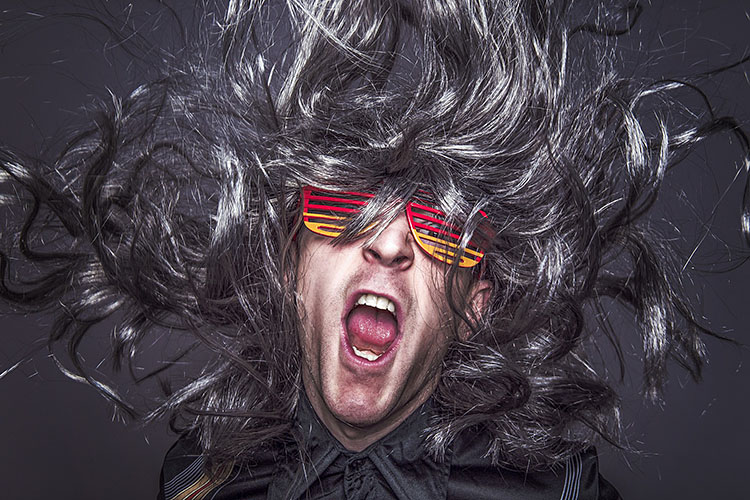 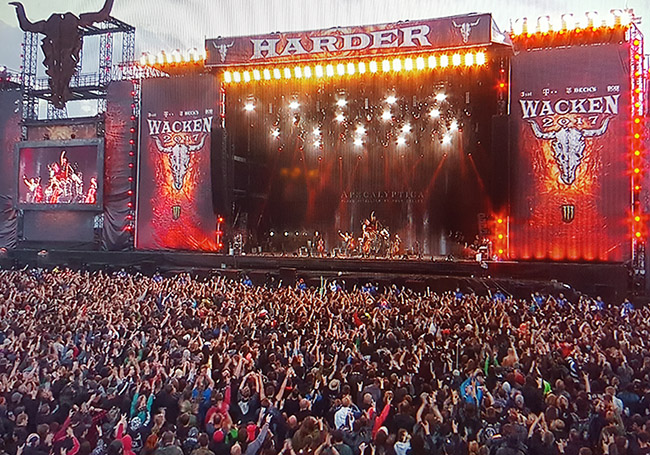 Photo: GKH
Entertainment will play such an important role in the future, because people will work much less. Large sements of populations will be unemployed, because they lack the talent, persistance and patience to acquire the necessary skills for maintaining or building the advanced technology that will run production and services in the future. These "idle classes" will be kept busy and happy with numerous distractions and activities - while provided with a basic income for sustainance. We can expect to see numerous new types of entertainments, sports, or (organized) adventures. Perhaps people will be sent on virtual or real trips to Mars; perhaps people will live in real or virtual fantasy worlds where they fight dragons or some ficticious characters; perhaps people will spend much of their lifes to train for certain sports events or quizz shows. Whatever it is: in the future people will do a lot that is not strictly necessary for sustainance, but is simply human play.
Rock Concert. 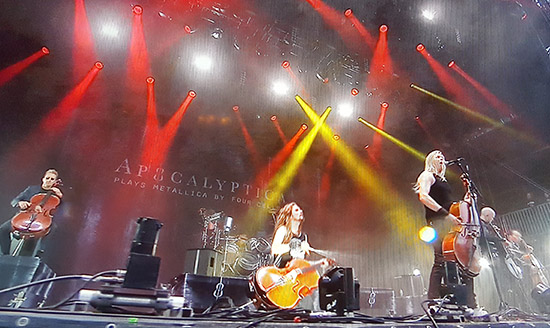 Photo: GKH
The "homo ludens" of the future will be a "consumption junkie". People will constantly buy "stuff" that is hyped up by an enormous advertising and marketing industry. As people will be monitored constantly through their smartphones, TV sets, home robots, watches, or cars, marketers will know in real time what product or service people might want in a particular moment. On-demand consumer product supply and on-demand services will be developed and povided - particularly to the idle classes. When you are hungry - someone will offer you a pizza; when you are lonely - a chat bot will call you on the phone; when you are horny - a sex robot will ring on your door; when you are bored - you will be offered an adventure trip to a VR jungle camp; when you want to get wasted - a delivery robot will bring you a bottle of your favorite whiskey. Thus will probably be the brave new consumer world of the year 3000 - at least for the large idle segment of the population.
« Previous Prediction 3 Next »