Prediction 5: We will stop working
At the beginning of the 3rd millenium the human species began to computerize and robotize many industrial processes and service activities. Advancements in computer technology and programming have allowed the creation of systems that use "Artificial Intelligence", advanced pattern recognition from sensors and "Virtual Reality". This quickly led to advanced software systems, which can process very large amounts of data ("big data") and carry out numerous service activities - in the banking, retail and entertainment industries. Increasingly, these economic sectors are based on digital systems which support and eventually replace human workers. In addition, industrial manufacturing is increasingly using production robots, and advanced, computerized logistics and distribution technology. Just-in-time production with highly diversivied supplyers has become the norm in many industrial sectors. It is only a question of time before the vast amount of industrial processes will be carried out by (smart) robots - supervised by Artificial Intelligence Engineers and Managers.

A similar trend will transform all economic service sectors - from retail to the entertainment industries. Movie actors will be replaced by VR simulations, which will be so realistic that people will no longer perceive it as artificial. Doctors will be partially replaced by diagnostic robots - perhaps with humanoid appearance (for the human touch). It is hard to imagine any economic activity that will not be transformed by advanced software and robotics. Jobs, as we know them, are eventually going away. Just the potential job loss from driverless cars, trucks, trains and airplanes will be enormous - not to speak about the numerous manufacturing jobs.

Automation and digitalization of economic activities will significantly change our economies over the next centuries: New production technologies will totally disrupt traditional industrial production methods and trade arrangements. As soon as the digitalization and automation of production is fully implemented, many populous Asian countries might lose their labor advantage. As soon as robots will be able to cost-efficiently assemble smartphones, cars and computers in Europe and Northern America there will be no need to transport the final product half around the globe. Technologies, such as on-demand 3-D printing or fully automated assembly lines will certainly change global trade routes and the distribution of labor demand. 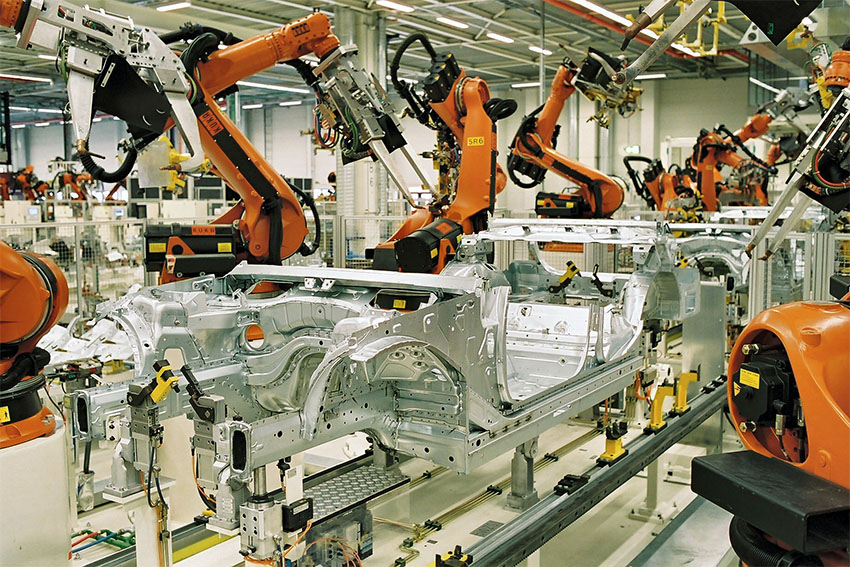 By BMW Werk Leipzig - http://bmw-werk-leipzig.de, CC BY-SA 2.0 de, https://commons.wikimedia.org/w/index.php?curid=11928438
Digitalization and robotic manufacturing, however, are not the only technical trends that might end a globaly connected economy. One of the greatests symbols of globalization, the Internet, is about to fall appart - into regional or even national sub-nets. It is not technological development that is threatening the unity of the Internet - it's political intervention. China - and many other dictatorial regimes - have implemented Internet censorship and control to such an extent that they have essentially created sub-nets where there citizens need extraordinary technical skills and courage to bypass the "great firewall". One can also easily imagine that powerful regimes might totally restrict data flows to their region or country - partly to avoid espionage and Internet threats, but also to prevent their citizens from getting access to outside information.

However, there is also a serious threat to the Internet due to the greed for profit among large Internet corporations: Internet neutrality will probably disappear und large corporations and special interest groups will get preferential treatment for their most profitable services - such as higher bandwidth for video streaming. Eventually, ordinary Internet users might be blasted with all kinds of commercial services (from TV to gambling and banking), but might be reduced to a trickle flow of data if they want to use the Internet for their own purposes. Net-neutrality is already about to be abandoned in the US and other parts of the world could soon follow suit.

As the Internet slowly transforms into a commercial entertainment and surveillance machine - a trend we can already see happening - segments of populations will become totally dependend from these services. As the Twitter and Facebook communities today, the future Internet will be organized around fiercely loyal user groups that will spend long hours in this virtual world. Online computer games and gambling will not only improve enormously - it will also create new types of social and cultural environments for their users in which they totally immerse. 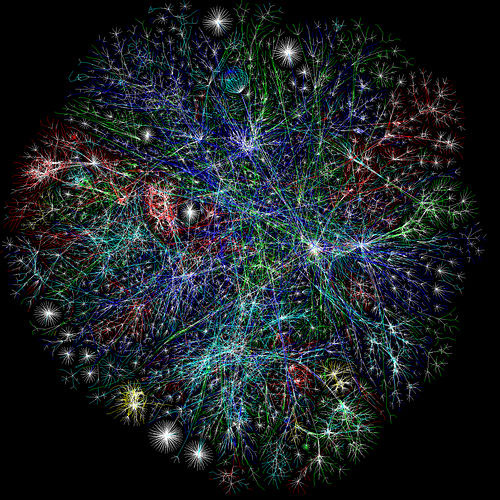 By Patrick Barry, Flickr
As technological change eventually makes large parts of the human labor force redundand, only small technological elites will be needed to steer and maintain this automated production and (virtual) service infrastructure. The idea that advanced technology will create as many jobs as it destroys is fallacious. While it is true that technological revolutions in the past had created many new professions, this will no longer be the case in the future. As soon as we have general-purpose robots with true AI capability they will be able to "create" their own new workers. They will replicate themselves and evolve in much the same way, as humans have evolved and adapted to new (technological) environments.

Robots will develop ever more specialized and optimized variants of themselves - thus producing new machines for the new tasks that will be carried out for new technologies. Other than in the past, better and more specialized technology will be developed by robots and not by humans. Of course, this paradigm shift will not happen quickly. But over the next 1000 years such evolution is highly likely.

We can already observe this trends in the early 21st century. Human labor is getting increasingly devaluated. Well-payed industrial jobs are being replaced by millions of "minimal wage" jobs. Well-trained factory workers, which once were a valuable human resource in many industries, are now being replaced by unskilled labor, which often just "serves" sophisticated production robots. For instance, in the computer industry, it is placement robots that do all the skilled assembly of components on circuit boards - while human "helpers" just put the boards in boxes. Very few engineer are needed to develop and maintain the placements robots.