Q & A:
What society will we have, if computers surpass human intelligence?
Let’s start with the question: Will computers ever surpass human intelligence? My answer is simple: They already have!
My own laptop, for instance, runs “Mathematica”, “Matlab” and "SPSS" - all of which have orders of magnitude more mathematical intelligence incorporated than I possess.
And with all due respect, there are probably millions of people around the world, whose numerical reasoning not even approaches that of a simple hand-held calculator.
Another example: The cruise-control in my VW Sharan uses radar to measure the distance to the car in front of me. It frequently corrects my assumptions about stopping distance, by slowing me down to keep a greater distance.
But there are even more impressive examples of computer intelligence: Researchers from the Google-owned company DeepMind have developed AlphaGo, an artificial intelligence system that mastered the art of playing the ancient Chinese board game (Silver, et al 2016). In October 2015, AlphaGo played against the winner of the European go championships, Fan Hui, and won 5 to 0 without handicapping the human player, an unheard of event. The code also defeated South Korean professional Go player Lee Sedol. The man was so stunned that he could hardly speak for hours. And, we should not forget, already in 1997, IBM's Deep Blue famously defeated world chess champion Garry Kasparov. In other words: Computers have long ago surpassed specific dimensions of human intelligence – which is, by the way, the reason why they are so incredibly useful.
Fan Hui vs AlphaGo – Game 1 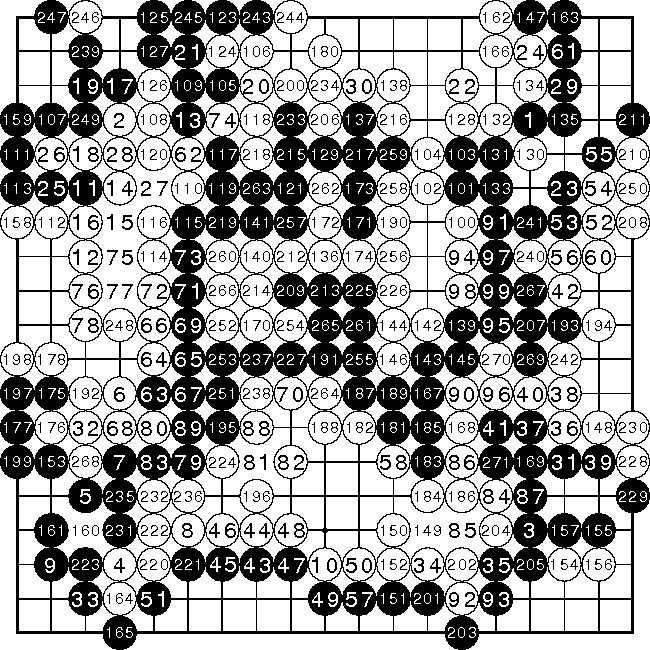 Of course, the question stated above, may be asking about something entirely different: will computers ever have the flexibility, creativity and self-consciousness of the human brain to deal with all kinds of un-anticipated problems. Will computers be able to intentionally venture into the “unknown”?
1. So far, all computer algorithms have dealt with problems that were very well understood beforehand. Implementing this knowledge into algorithms has allowed computers to “solve” such problems with unprecedented speed, accuracy and persistency.
2. Only recently, we have seen certain AI algorithms which appear to produce “emergent” knowledge. This is knowledge that was not known beforehand, but was only produced by the algorithm. In fact, the most advanced “neural networks” can produce results in ways that the engineers who have implemented them can not anticipate or understand how they produce their results. This has led some researchers to the assumption we might approach a so-called computer “singularity” – a tipping point when computers surpass human intelligence (Kurzweil, 2005). Kurzweil predicted this "singularity" for the year 2045. 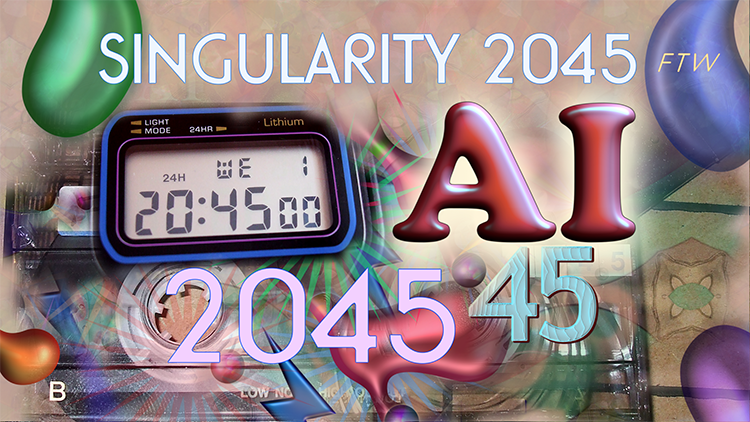 One the one hand it seems, that neural networks are incredibly good in picking up patterns in very large amounts of data. On the other hand, this is essentially quite similar to a factor analysis in classical statistics – which can also unhide invisible dimensions in large amounts of (more or less) correlated statistical data.
What the algorithm does is just to fine-tune itself by learning from previously existing solutions or structures. Such structures may be “images of cats” or typical sequences of draws in chess. But whatever it is, these AI systems need something or someone to learn from. They are incredibly good in learning and then applying this learned knowledge with vast speed and accuracy.
But, as far as I can see, they are not creating entirely new knowledge or insights. They are just incredibly good in extracting patterns with high probability for solving the problem. Since they can do it much faster and better than humans, it appears that they are better than human problem solvers. Essentially, they are just faster and can simultaneously process more possibilities.

The critical question is: Will computers / algorithms ever surpass this (already impressive) learning ability and become creative thinkers?
I don’t know, but I don’t think so, because they would need a human universe of sensors, as well as hands, bodies and legs to explore the world around them. Intelligence, is not just abstract reasoning (which could be programmed), but emerges from world experience. Computers would need human-like interactions and social relationships; they would need worldviews, ideologies, lifestyles – in other words – the totality of human world experience. Perhaps, in combination with robots, computers might eventually develop real creative thinking – but I doubt this will be within the next 1000 years (Warning! This could be one of those pathetic miss-predictions, I have highlighted above).

In conclusion, I believe Computers can already execute particular elements of human intelligence, such as hidden pattern recognition, much better and faster than humans. In this sense, they have already surpassed human intelligence.
However, when it comes to the flexibility of intelligent solutions in new and previously unknown problem environments, humans are still much better than computers.
And there is also the problem of consciousness. Will computers be ever aware of themselves? Is consciousness related to intelligence? Will Androids dream of electric sheep?
Frankly, I don’t know – but my gut-feeling is computers will never achieve the level of intentional, conscious, creative problem solving of the human brain.

While the question of computer intelligence is fascinating it seems to me that there is an even more important question: How will human societies change as a consequence of smarter and smarter computers? Let’s distinguish three cases:

1. If we assume that computers will surpass human problem solving capacity in many dimensions, but will always lack the specific creative potential of the human brain, societies will mostly benefit from computers (and robots). In my own lifetime I have moved from a “slide rule” calculator and the logarithmic table to Matlab on my PC. While I understood the primitive tools and tables for doing calculations reasonably well, I have no clue of most of the advanced mathematical methods available in Matlab. Yet, the software is just an incredibly powerful tool. I suspect, that in the far future people will still see even far more advanced computers and robots as “tools” that are just extremely useful for particular tasks.

2. However, if we assume that computers will eventually develop some kind of consciousness and general intelligence surpassing that of average humans, everything will be off the table: We might see entirely new types of societies. I suspect that trans-human intelligence would only be possible in combination with very advanced humanoid robots. Therefore we might have a society of androids evolving next to a human society. These super-smart androids might eventually “look down” onto us stupid humans – in much the same way as we have looked down on Orangutans or Chimpanzees. These androids might actually enslave us and present us in “human zoos” or circuses. But they might also help us and pamper us in much the same way as human adults treat their children or infirm parents. We cannot predict what kind of ethics self-conscious androids might have. 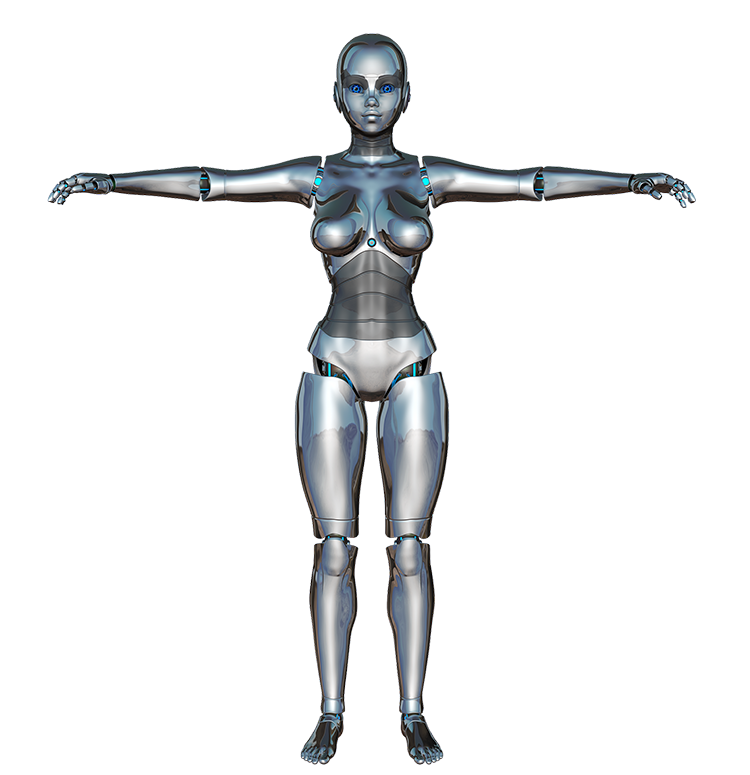 3. And there is actually a third possibility: Humans and very advanced computers might merge. We might incorporate advanced bio-computers in our brains which will run all kinds of AI algorithms to help us with complex problem solving. We might evolve into human-computer hybrids. Human consciousness would still dominate – but the new, specialized bio-computers in our brain would give us capabilities to calculate, think and process sensory inputs far beyond what we have today. We might become super-humans.