World 1:
Scientists, Artists, Philosophers
In this future civilization most people would be relieved from work by advanced AI systems and robots. Many people would spend their time in pursuing research, creating art, or contem­plating philosophical and ethical problems. Food, housing, safety and enter­tainment would be provided by specialized service robots and AI systems so completely, that people would cease to be interested in economic entre­preneur­ship. Money would no longer play a role - everyone would be provided with all goods and services he or she desires.

Imagine this civilization as a combination of cutting-edge research centers such as CERN, Stanford or the MIT; an artist village or Hollywood-type environment; and an Indian Ashram or Christian monastery. Most people would be relaxed and self-motivated; they would peacefully follow their own ambitions, desires, ideas or higher calling. Some might work really hard to explore new scientific frontiers or create innovative works of art; others might just contemplate life or enjoy beauty. But all would dislike physical violence, meaningless conflicts or un­controllable addictions. It would be a peaceful, rather secular civilization where creativity and uniqueness would be high values. Most people would be tolerant individualists. Their biggest issue would be how to develop (analytical or artistic) skills.

At its core, this civilization would be a learning society. People would study and train their whole life - privileged by the enormous productivity of their digitized and automated economy. They can afford to do research, or follow exotic interests. The big problem in this civilization are people who lack the ability to motivate themselves. They will occupy the lowest social classes and may descend into life­long boredom - or they will invent some kind of idle unchallenging activity, such as making and sharing photos of kittens or puppies. The keen observer of Internet trends in the early 21st century might be familiar with this kind of harmless preoccupation. 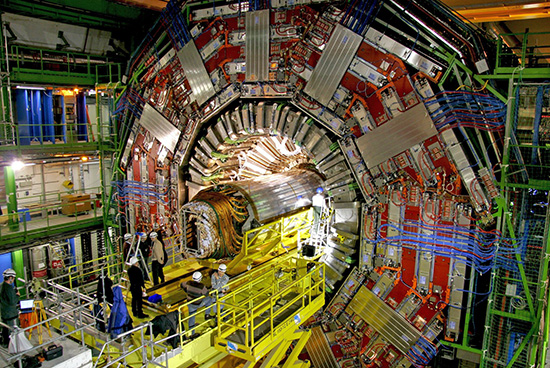 Photo by CERN, CMS Detektor
Biology: In a future civilization dominated by scientists, artists and philosophers we can expect that parents will use talent-enhancing gene therapy or gene-modification. There might also be drugs to enhance brain functions. Perhaps scientists will also have brain-computer interfaces that allow them to access and analyze vast amounts of data while simultaneously thinking about a particular problem (as we search the Internet or specialized databases when we need background information for a particular problem). Brain-computer interfaces might also give ordinary people access to certain highly specialized talents and capabilities - such as advanced math calculations. For instance, people might listen to certain sounds in a particular experiment while their brain-computer interface immediately performs a Fourier transformation to calculate the frequencies. In a way that would be similar to us in the 21st century using a hand calculator to draw the 9th root of the number 7798.
Richard Feynman: Physicist. 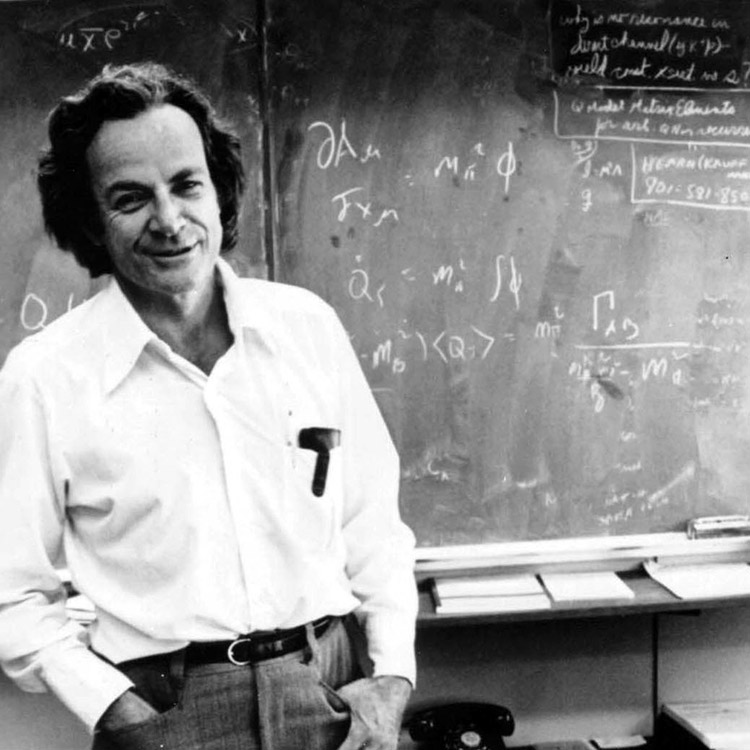 By CC BY 3.0, https://it.wikipedia.org/w/index.php?curid=4508947
Technology: A science civilization will certainly use advanced technology to take care of mundane necessities, such as food, shelter and consumer goods. But they will also use most advanced tech­nology to push the boundaries of scientific discovery - similar to the LHC at CERN. Engineering will flourish in such a civilization, because researchers and even artists will want to use the most advanced technology. It goes without saying that over the next 1000 years humans will have solved the renewable energy problems - otherwise we might have gone extinct or seriously decimated by climate change and lack of food. The end of oil (and perhaps natural gas) will have forced us to invent and use many new technologies for trans­port, food pro­duction (fertilizers) and con­struction. Perhaps we will grow food ontop and within the oceans; perhaps we will print houses; perhaps planes will fly electric or powered with hydrogen; certainly we will have much more efficient storage for electrons (batteries) - otherwise humanoid robots and autonomous cars would be impossible.
Enjoy nature. 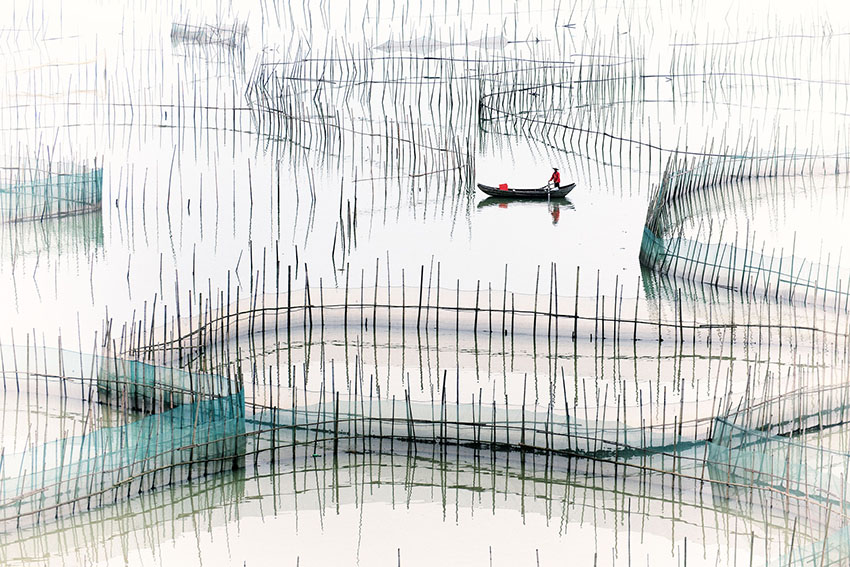 By Sui Wai, Pixabay CC0 Public Domain
Natural Environment & Resources: In a future scientist civilization large parts of the natural environment could be preserved and protected, because many people would understand that a lot can be learned from nature. People would also appreciate (semi-)natural environments for recreation or artistic experiences. In a civilization of researchers and artists resource demand will be certainly less than, for instance, in a civilization of pioneers and explorers: They don't need gigantic amounts of resources to build space stations or maintain extra-terrestrial colonies. Perhaps this civilization will have a much smaller population than today - or by the end of the 21st century. Perhaps there will be only one or two billion scientists, artists and philosophers - but 5 or 10 billion humanoid robots. It is quite possible that this civilization consists of a very small elite of human "masters" with a mass-population of humanoid robot-"slaves". "Real" humans would live comfortably in luxurious semi-natural environments, while the majority of production robots work in specialized industrial districts.

Economic structure: In a future scientist civilization most economic activities will be carried out by smart robots and AI systems - from food pro­duction and delivery to production of consumer goods. Productivity will be much higher than today, so that very few human workers and managers will be needed to run the economy. Financial services and banks will be fully automated. Cash money will no longer exist and food, housing and most consumer products will be much cheaper than today, since they will be produced extremely efficiently by machines. People would get a basic income (credit points) without work - so that they can spend their time with whatever they want to do. 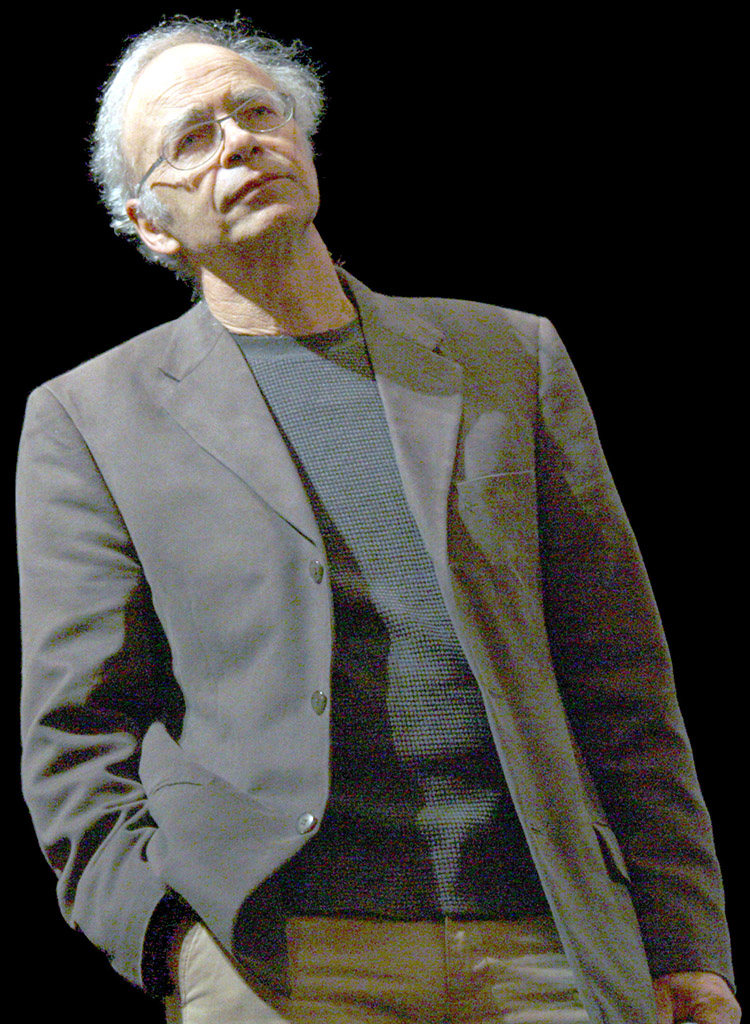 By Bbsrock, CC BY-SA 3.0, https://commons.wikimedia.org/w/index.php?curid=19520242
Social conditions: The social fabric of a scientist civilization will be mostly peaceful and collegial. While people will be rather individualistic they would, at the same time, be quite tolerant. Men and women will have equal opportunities. The society will be segregated to some extent - depending on talent and interests, but it would be far less hierarchical than a warrior civilization.

Political conditions: A scientist civilization will most likely have some kind of democratic political system where the leaders are mostly selected according to merit and talent. While there may be bitter conflicts between the three major groups of a scientific civilization (scientists, artists, philosophers) it is unlikely that prolonged wars will break out.

By Rodrigo Soldon - Museu de Arte Contemporânea de Niterói, CC BY 2.0, https://commons.wikimedia.org/w/index.php?curid=5900351
Spiritual & Religious Orientation: A large segment of the population in a scientist civilization will be secular - either atheist or agnostic. However, the artists and philosophers (which includes people with all kinds of non-scientific belief systems) will probably exercise rather elaborate spiritual and religious practices.
« Previous World 1     Next »