World 2:
Warriors, Tribes, Despotes
The other extreme would be a harsh, future civilization fragmented into multiple tribes of warriors and ruled by violent despotes. Fiercely aggressive "nations" would compete with each other for dominance in an endless succession of conflicts and wars. They would enter varying coalitions and use anything from deception and threats to massacres and terrorism to gain dominance.

These tribes or nations would each develop their own (military) technology, such as battle robots; and they would implement their own social, religious and political order. Some might be religious fundamentalists - like the islamic terrorists of today, who try to spread their faith and establish a coercive religious regime. Others might be criminal thugs and brutally fight for profit and power. They might use drugs, gambling, sexual exploitation to generate income for weapons and other military technology.

In this brutal world of hostile nations we would find various forms of enslavement. Defeated enemies might be exploited for forced labor; hostage-taking might be common to extort money from enemy tribes; women might be raped frequently - particular those of tribes that have lost a fight. Violence would permeate the whole society. However, we might find small enclaves of peaceful "kingdoms" in remote areas - such as the Athos Monk Republic in Greece today. 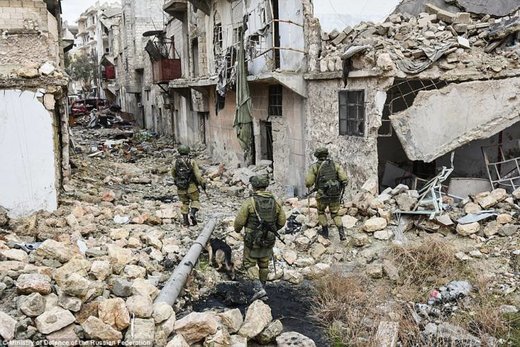 Photo by Ministry of Defence of the Russian Federation
Biology: One can easily imagine that in this warrior-world genetic engineering might be used to breed particularly strong and ruthless fighters. We might also see various forms of biological warfare - from modified bacteria and viruses to new types of water- or airborne toxines.

Natural Environment & Resources: In a future warrior civilization we can expect little concern about environmental destruction and resource depletion. In fact, the tribes might use destruction of natural resources as a tool to gain advantage in their fights against their enemies. Water might be poisoned, harvests might be destroyed by deployment of air-borne pests and artificial flooding might be used to inundate enemy territory. But the tribes will also fight for valuable resources - such as oil, natural gas, rare minerals and metals. Depending on the type of future technology these conflicts may be wars over access to lithium, uranium or some other "rare" resource.

Economic Structure: The economy of this warrior civilization might be similar to economic systems we have today in countries such as Mexico, Nigeria, Russia or China. They could be a mixture of predator capitalism, state-controlled industries and criminal syndicates. Diamonds, Gold and other rare metals and minerals will play an important role to stash and transfer wealth - as cash money and digital currencies may be subject to manipulation and betrayal. In conflict-torn environments valuable materials will be still the best bet not to lose ones wealth. Leading warriors in this violent civilization will certainly be involved in economic activities - similar to the business-interests of the Chinese and Russian military.

Social conditions: The social fabric of a future warrior civilization will be quite similar to that of all "fighting" civilizations in human history: it will be based on values such as "honor", "courage" and "loyalty". Behavior diverging from those values will be severely sanctioned. Weaker members of these warrior societies will have a low status or will be exploited and enslaved.

Political conditions: It is fairly safe to assume that a future warrior civilization will have some kind of hierarchical power structure. It will mirror military command and control structures. All inherently violent civilizations in human history were led by ruthless leaders who usually came to power in a coup d'etat or were swept to the top by a revolution. Some form of authoritarian rule is the most likely political system in a warrior civilization. 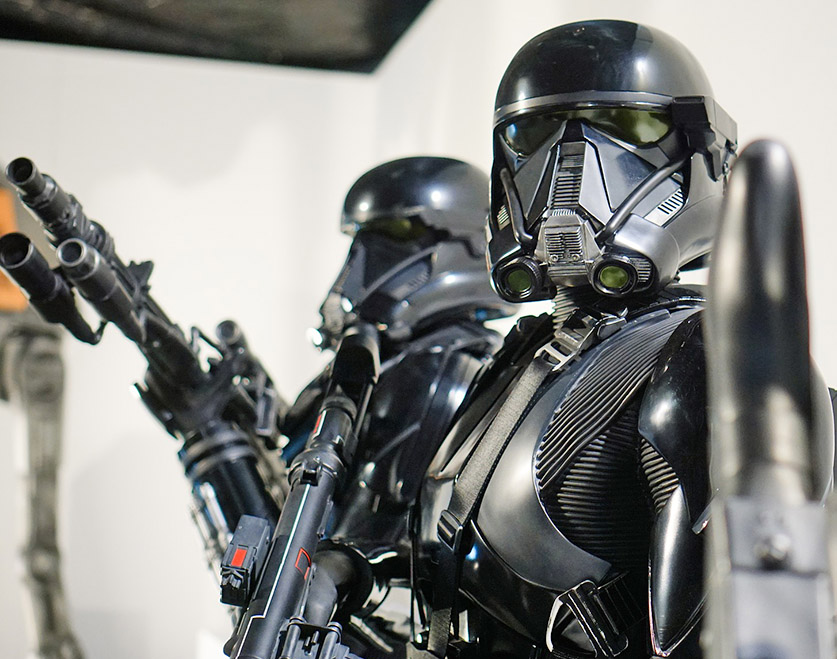 Spiritual & Religious Orientation: Conflicts and wars based on religious beliefs are as old as the human species. Some of the most bloody conflicts in human history where either directly based, or at least amplified, by religious divergences. In recent history we have seen violent conflict between Protestants and Catholics in Northern Ireland; sectarian war between Sunni and Shia branches of Islam; fighting between Muslims and Hindus in India - to mention just three religiously motivated conflicts. We can be sure, that a future warrior civilization will be based on strong religious beliefs - either some of the "classical" religious beliefs we know today, or some kind of "new" religion. Of course, these beliefso be some political or secular ideology - such as capitalism, communism, Maoism or some other flavor of political theory. It is also quite likely that character traits, such as bravery and ruthlessness, will become highly glorified virtues in a warrior civilization.